People who are interested in bringing a claim must show that they were present for at least 30 days (consecutive or non-consecutive) at Camp Lejeune during the time period when the water was contaminated (August 1, 1953 to December 31, 1987).

Bringing a claim under the Camp Lejeune Justice Act is completely separate from any other veterans or disability benefits that a person may be receiving. There will likely be VA offsets for amounts paid related to the Camp Lejeune injuries, but it will still be worth it for almost everyone who was exposed to file a claim.

Families of people who have died due to one of the relevant conditions (listed below) may bring claims under the Camp Lejeune Justice Act. Similarly, people who were in utero (mothers were pregnant) while present at Camp Lejeune can make claims as well (if they fit claim criteria).

Injuries suffered due to contaminated water at Camp Lejeune include:

Contact our lawyers for a completely free consultation if you believe you may have a case. Send an email to inbox@wdcinjurylaw.com or call 607-500-HURT.

All consultations/case evaluations with our attorneys are completely free of charge.

As seen on Law Talk 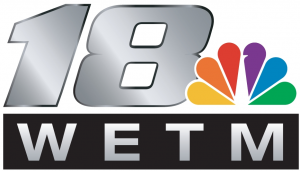